Tomas “Tom” Delgado is a comedian, actor, writer, and tour guide who currently lives in Brooklyn, New York and has been seen on season 4 of Billions, season 2 of Joe Pera Talks with You, Comedy Central, Food Network, Travel Channel, and Huffington Post. He produces and co-hosts “Let’s See, What Else?”, a free weekly stand-up show in the East Village of New York that was named one of the best underground shows in the city by Thrillist. He also produced successful versions of the show the Bowery Ballroom and 2018 NY Fashion Week. Check out the article. He has also performed at the Red Clay, Rogue Island, Brooklyn, Harlem, and Dallas Comedy Festivals.

Here’s a picture of him doing stand-up while holding up his index finger:

He is also a writer and producer and has produced multiple plays, directed a show in the NY Fringe Festival that sold out every show, was nominated for best director in the 2016 Strawberry Festival for Short Plays, and has produced two short films that he also wrote and starred in. Regulars was run at the New York Short Film Festival and the Coney Island Film Festival. Here is a still photo from the most recent film, Exit Interview (which I am proud to say hasn’t yet been disqualified for an Oscar – fingers crossed!):

Tom also plays guitar, harmonica, sings, and writes music. Here is a picture of him playing some music for people who are pretending to listen while they think of their next Instagram posts: 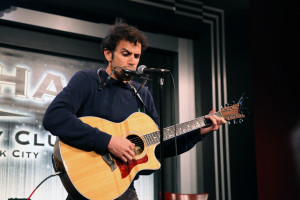 He’s a New York City tour guide who has been featured on the Travel Channel and Telemundo talking about New York. Here he is telling tourists why their cities suck compared to NYC: 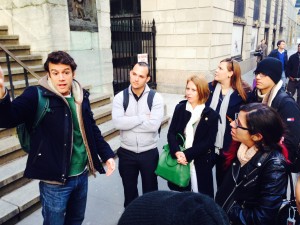 TOMAS is a first-generation Nicaraguan-American and speaks fluent Spanish. Here is some information about Nicaragua… from the CIA! 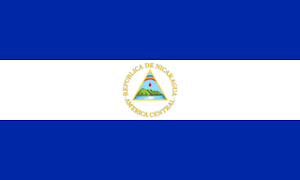 He is also a former lawyer, admitted to the New York Bar Association. He no longer practices but if you really need legal help, hire him, then say goodbye to your chances of beating that indecent exposure charge. You would have a better chance printing the picture below, making it a cardboard cutout, and having it defend you:

Take a look around my website. It’s far from perfect, but so are we…